True to say, not all of the damage you notice in your beautiful garden is caused by bacteria or fungi; some may be caused by herbicides. Herbicide injuries occur when the herbicide is administered incorrectly, resulting in minor to severe harm and symptoms.

Although herbicides are not intended to harm your decorative plants. Spraying them on non-target plants or drifting herbicides from surrounding fields might cause herbicide damage. Nevertheless, how can you detect if herbicides have caused harm?

Herbicide injury symptoms and diagnosis can be difficult to distinguish for the untrained eye. Furthermore, the severity of the effects varies depending on the amount and type of herbicide employed.

How does herbicides injury occur in plants?

Herbicides serve a vital role in keeping weeds at bay as part of a lawn care routine. Herbicides, on the other hand, induce a wide range of effects.

Herbicide harm is mainly determined by how the herbicide acts within the plant; thus, herbicides with the same mode of action will cause identical symptoms in plants.

Understanding how herbicides act can thus assist you in making an accurate diagnosis. Pre-emergence broadleaf herbicides, for example, are absorbed by the roots, resulting in plants with stunted growth.

In contrast, the contact herbicides like the post-emergence weed will manifest the symptoms by afflicting the leaves, shoots, and even the stem.

A diagnosis cannot be made without first observing the appropriate signs. Herbicides do not leave a calling card, unlike other harmful illnesses like mites and insects.

Otherwise, it is not prudent to discount other diseases that can show similar symptoms to a herbicide, like salt damage, nutrient deficits, or improperly applied fertilizers.

Validating a sign as being caused by herbicide necessitates detailed monitoring of the place and attention patterns. You will, to some extent, require a laboratory examination.

To get the appropriate symptoms, you’ll need to ask yourself several questions: “Is more than one type of plant damaged?” When did the symptoms first appear? Which herbicides were used on the lawn? Symptoms caused by glyphosate, for example, differ from those caused by triclopyr.

Because each herbicide has distinct modalities of action. These questions will assist you in identifying herbicides as the source of the problem.

Symptoms of common herbicides on plants

In general, there are indications that, if you notice them, especially after using herbicides in your yard, it will help you decide if your plant has been harmed by herbicides. Curling or cupped leaves, stunted development, and discolored leaves are just a few of the signs of herbicide harm.

However, keep in mind that different herbicides will induce various symptoms. As a result, we’ll look at some of the symptoms caused by common herbicides.

Some herbicides, such as glyphosate, affect both grass and broadleaf plants. When used in excess or incorrectly, it causes yellowing, wilting, burns, and eventually the death of foliage. The shoots are frequently the first to be affected by this condition.

Also read: How do you fix herbicide burn on lawns

Phenoxy herbicides such as dandelion killers produce bending or twisting of the leaves and stem as a distinct symptom. It is also accompanied by additional symptoms such as leaf yellowing and browning.

Phenoxy herbicide harm is typical in broadleaf plants, while grasses have no apparent signs.

Minor damage from contact herbicides such as Gramoxone is typically indicated by dots on the afflicted grass or broadleaf plant. The stem and leaves will become brown in extreme situations.

Other herbicides that affect grasses and broadleaf plants include soil-applied residual herbicides like atrazine. Injuries produced by this herbicide are challenging to diagnose since it is slow-acting, and symptoms might appear up to a year later.

Fortunately, it is frequently used around sidewalks, driveways, and other locations where you want to permanently stop all weed growth. As a result, the only way for this herbicide to harm your garden is to drift into it.

Regrettably, when the injury occurs, the first indication is yellowing of the leaf margins and interveinal areas, followed by browning and, eventually, death of the plant.

Tools to get weeds out of cracks

It is advisable to intervene after proving that the harm is caused by herbicide.

Applying water as soon as you detect herbicide drift in your garden is the best method to deal with it. Although water will lessen the effects of herbicides, this treatment technique is only effective on contact herbicides.

Water will not remove the majority of soil-active herbicides; instead, use activated charcoal to wear out the herbicide’s effects or replenish the soil. You must swiftly rectify the herbicide effect before it is too late.

Also read: Best weed killer that kills everything but Bermuda

How is herbicide damage confirmed?

A lab test is the most reliable approach to determine pesticide damage.

On the other hand, a trained eye will be able to assess herbicide harm by observing plant symptoms in combination with additional information such as herbicide history.

How do you reverse herbicide damage?

It will be impossible to undo the harm if it is severe. However, most plants will recover on their own; otherwise, watering will lessen the herbicide’s effectiveness.

Glyphosate is a systemic herbicide, which means it destroys the plant from the inside out. As a result, the damage is severe from inside to outside.

The most prevalent sign is a yellow yellowing of the leaves.

Herbicides are the most pleasing way to control weeds, but the inappropriate application might result in injury. If you had no idea what herbicide injury symptoms looked like, then you know!

Herbicide injury symptoms and diagnosis might be challenging. Still, you can determine whether your plant is suffering from herbicide injury or another illness with a few pointers.

Identifying the source of the injury sooner will allow you to intervene sooner. We are all aware; however, that prevention is superior to therapy.

So, why not try to keep herbicides from wreaking havoc on your lovely garden? Make sure to read and follow the directions on any herbicides you intend to use. 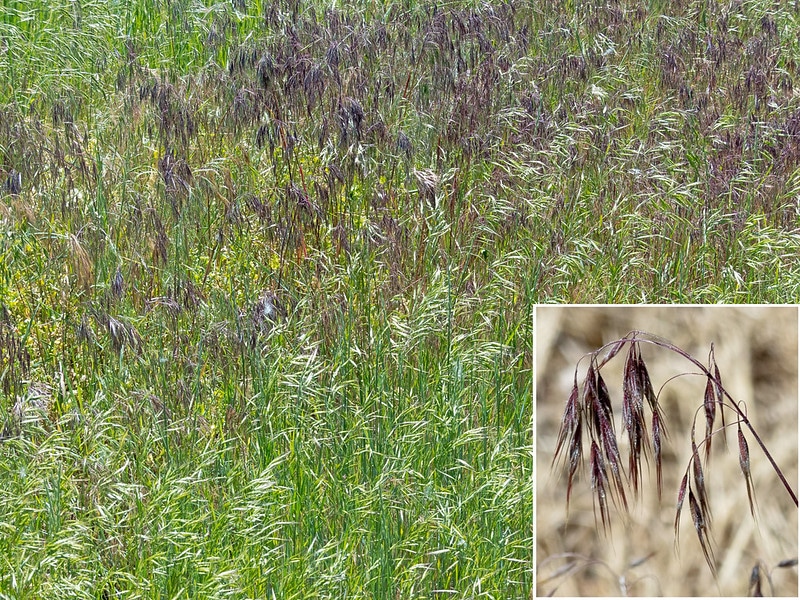 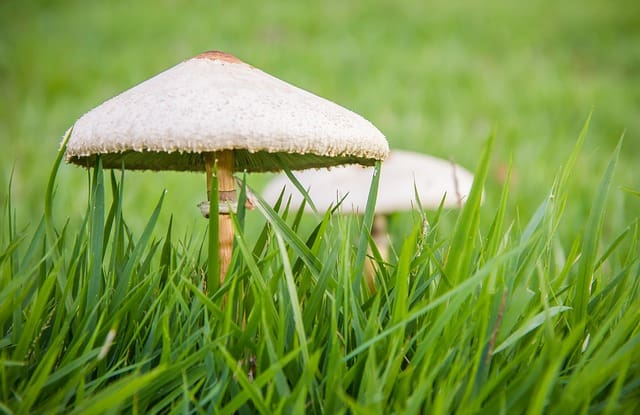